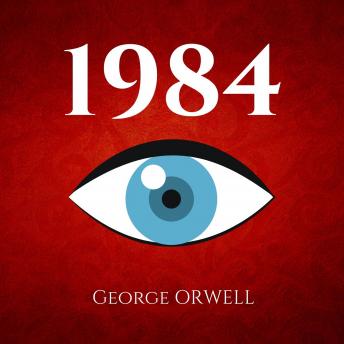 George Orwell's nineteen Eighty-Four is one of the most definitive texts of modern literature. Set in Oceania, one of the three inter-continental superstate that divided the world among themselves after a global war, Orwell's masterful critique of the political structures of the time, works itself out through the story of Winston Smith, a man caught in the webs of a dystopian future, and his clandestine love affair with Julia, a young woman he meets during the course of his work for the government. As much as it is an entertaining read, nineteen Eighty-Four is also a brilliant, and more importantly, a timeless satirical attack on the social and political structures of the world.

Book was weird, hard to follow, and very futuristic for its time indeed. The narrator seemed to scream in the microphone as he read, but I was able to push through and finish the book regardless. The ending wasn't what I was hoping for, but what is in this day and age anymore... well, maybe there is something to it being close to what's going on in the world today. I can tell you this, I would not read [listen to] it again. Sorry, just didn't like it and felt it was a waste of my time. There are better books to listen to that can help me be a better person or anticipate what's coming than this one. You decide for yourself, if you dare.

This title is due for release on May 6, 2021
We'll send you an email as soon as it is available!