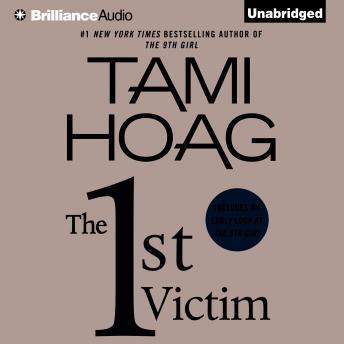 Sam Kovac and Nikki Liska return to investigate the death of a Jane Doe in New York Times bestseller Tami Hoag’s short story 'The 1st Victim.'New Year’s Day is a time for new beginnings, but Minneapolis homicide detectives Sam Kovac and Nikki Liska are focused on endings: specifically, the tragic end of their latest murder victim, an unidentified young woman discovered on the side of the freeway. Believed to be the victim of a serial killer, Kovac and Liska are determined to do the girl the small justice of returning her body to her family as they investigate her case, but it is no simple task matching the broken corpse to any of the scores of missing persons reports, especially when no one seems to be looking for her.Meanwhile, recent widow Jeannie Reiser is frantic when she is unable to get in touch with her daughter, Rose, who, as an eighteen-year-old, is a legal adult rather than a missing child in the eyes of the law. Jeannie’s desperate attempts to get the police to believe her child is in trouble lead her closer and closer to the New Year’s Doe and to an evil even Sam Kovac and Nikki Liska may be unable to stop. Tami Hoag once again proves her place as “one of the most intense suspense writers around”* with 'The 1st Victim.'*Chicago Tribune