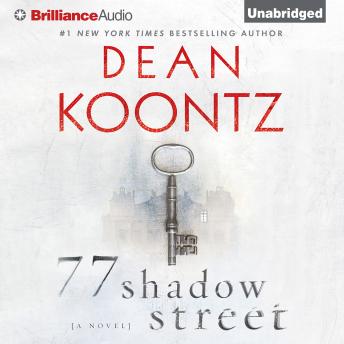 The Pendleton stands on the summit of Shadow Hill at the highest point of an old heartland city, a Gilded Age palace built in the late 1800s as a tycoon’s dream home. Almost from the beginning, its grandeur has been scarred by episodes of madness, suicide, mass murder, and whispers of things far worse. But since its rechristening in the 1970s as a luxury apartment building, the Pendleton has been at peace. For its fortunate residents—a successful songwriter and her young son, a disgraced ex-senator, a widowed attorney, and a driven money manager among them—the Pendleton’s magnificent quarters are a sanctuary, its dark past all but forgotten.But now inexplicable shadows caper across walls, security cameras relay impossible images, phantom voices mutter in strange tongues, not-quite-human figures lurk in the basement, elevators plunge into unknown depths. With each passing hour, a terrifying certainty grows: Whatever drove the Pendleton’s past occupants to their unspeakable fates is at work again. Soon, all those within its boundaries will be engulfed by a deadly tide from which few have escaped.Dean Koontz transcends all expectations as he takes listeners on a gripping journey to a place where nightmare visions become real—and where a group of singular individuals hold the key to humanity’s destiny. Welcome to 77 Shadow Street.Praise for the narration of 77 Shadow Street by Dean Koontz, performed by Peter Berkrot:“Narrator Peter Berkrot opens the creaking door and invites listeners inside with a gentle, unassuming voice. Ignore that dark thing you saw out of the corner of your eye—it’s just a trick of the light. Berkrot performs with skill and assurance as strange voices, eerie sights, and inexplicable things take over the posh mansion.” —© AudioFile 2012, Portland, Maine

Reading the other reviews I can see where people are coming from, I thought this was quite good, narration was fine.

No redeeming value. Grizzly horror movie in a book. I quit about 1/3rd of the way through.

As much as I like Dean Koontz this book was bogged down with descriptions and repetitiveness. It could have been half the size. The story was Dean’s usual unpredictable uniqueness such a shame it felt like he had to meet the publishers contract. Not his usual standard.

This was a great read or listen...

his books are always full of thought and adventure

Dean Koontz and Peter Berkman make a entertaining team. Koontz has always been one of my favorite writers now able to listen to his books read as I work makes my day...

Slow, found myself board.

This title is due for release on December 27, 2011
We'll send you an email as soon as it is available!