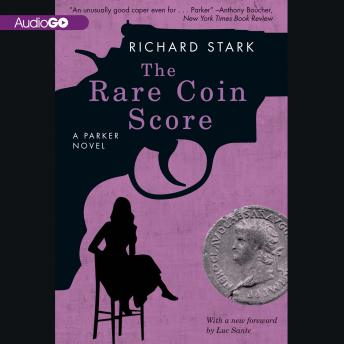 When it comes to heists, Parker believes in some cardinal rules. On this job, he breaks two of them: never bring a dame along-especially not one you like-and never, ever, work with amateurs. Nevertheless, with the help of a creep named Billy, and the lure of a classy widow, he agrees to set up a heist of a coin convention. But Billy's a rookie with no idea how to pull off a score, and the lady soon becomes a major distraction. The Rare Coin Score marks the first appearance of Claire, who will steal Parker's heart while together they steal two million dollars worth of coins.