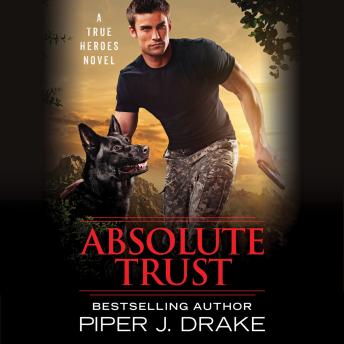 An ex-military man returns to his hometown and reunites with his first love in this suspenseful romance—but he's made some powerful enemies that are after them both . . .

Love is the greatest risk of all.

After multiple tours of duty, Brandon Forte returns to his hometown on a personal mission: to open a facility for military service dogs like Haydn, a German shepherd who's seen his share of combat and loss. It also brings him back to Sophie Kim, a beacon of light in his life . . . and the one woman he can't have. But Forte's success means he's made enemies in high places. Enemies who are now after Sophie . . .

When Forte enlisted and left without saying goodbye, Sophie did her best to move on. But with her first love back in town, looking sexier than ever, she's constantly reminded of what they could have had. Then after he risks himself for her, Sophie realizes she'll have to put her life in the hands of the man who broke her heart, knowing the danger—and the sparks between them—could consume them both.

This title is due for release on December 20, 2016
We'll send you an email as soon as it is available!