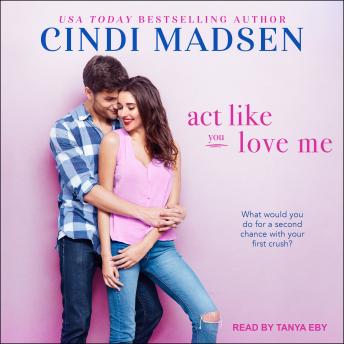 What would you do for a second chance at your first crush?

Brynn McAdams isn't the awkward geek she was in high school-she's grown up and confident, or at least she tries to be. But when her old crush, the impossibly handsome and impossibly unattainable Sawyer Raines, comes back to town to direct her community play, Brynn finds herself determined to be the glamorous girl she knows he'd want, not the shy girl he doesn't even recognize. Good thing she's an excellent actress.

After his bad breakup in NYC, the last thing Sawyer wants is to get involved with another actress. But the poised and beautiful Brynn draws him in, even though as her director, he knows she's off-limits. The few glimpses he gets of the goofy, carefree Brynn just makes her feel . . . familiar. Like home.

As Brynn's lies start to snowball, she struggles to stop acting and come clean. But what if Sawyer is already falling for the fake Brynn, not the Brynn she truly is?