All the Shah's Men: An American Coup and the Roots of Middle East Terror 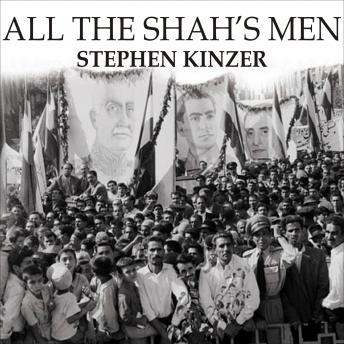 Half a century ago, the United States overthrew the democratically elected prime minister of Iran, Mohammad Mossadegh, whose 'crime' was nationalizing the country's oil industry.

In a cloak-and-dagger story of spies, saboteurs, and secret agents, Kinzer reveals the involvement of Eisenhower, Churchill, Kermit Roosevelt, and the CIA in Operation Ajax, which restored Mohammad Reza Shah to power. Reza imposed a tyranny that ultimately sparked the Islamic Revolution of 1979, which, in turn, inspired fundamentalists throughout the Muslim world, including the Taliban and terrorists who thrived under its protection.

'It is not far-fetched,' Kinzer asserts, 'to draw a line from Operation Ajax through the Shah's repressive regime and the Islamic Revolution to the fireballs that engulfed the World Trade Center in New York.'

All the Shah's Men: An American Coup and the Roots of Middle East Terror

This title is due for release on December 1, 2003
We'll send you an email as soon as it is available!