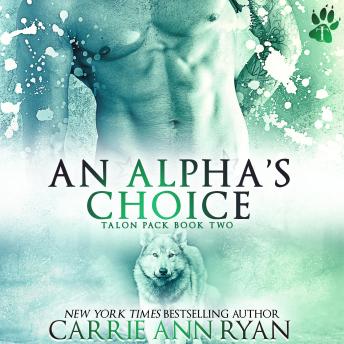 A Broken Wolf. A Fractured Bond. A Fate Denied.

Brynn Brentwood has spent the whole of her life protecting the Talon Pack through terrors only she will ever know. She’s never asked for more in life other than to live to take her next breath and to ensure her family is safe. Regardless of her selfless wishes and the atrocities the former Alpha committed, she has always known that fate would provide for her as it had countless others. Fate is what has carried her through with one exception—upon meeting the one wolf who could be hers, he doesn’t feel their bond.

Finn Jamenson has been broken more than once, left beaten and half dead—and that was before he was an adult and Heir of the Redwood Pack. When called upon to work with their allies, the Talons, he finds himself intrigued with a woman who his wolf doesn’t claim as his own. Though he knows there could be something there, he refuses to tempt himself with a wolf who could never be his when his own mate could waiting for him.

The world changed in a blink of time and now the two wolves must fight as one—ignoring the burning temptation between them—when their people are threatened. With one wrong move, their homes could be destroyed and its up to Finn and Brynn to save them all…if only they could save themselves.

This title is due for release on October 12, 2015
We'll send you an email as soon as it is available!