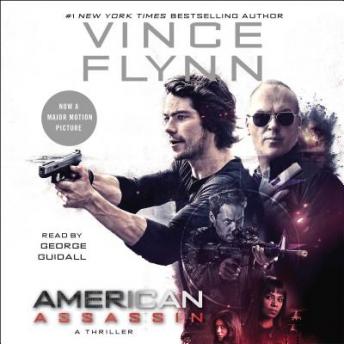 Mitch Rapp was a gifted college athlete without a care in the world…and then tragedy struck. Terrorists attacked innocent American citizens, and Rapp’s girlfriend was among the murdered. Two hundred and seventy souls perished on that cold December night, and thousands of family and friends were left searching for comfort. Mitch Rapp was one of them, but he was not interested in comfort. Now he wants retribution.

Two decades of cutthroat partisan politics have left the CIA and the country in an increasingly vulnerable position. Cold War veteran CIA Operations Director Thomas Stansfield knows he must prepare his people for the next war. America must confront Islamic terrorism with full force. Stansfield directs his protégée, Irene Kennedy, and his old Cold War colleague, Stan Hurley, to form a new group of clandestine operatives who will work outside the normal chain of command—men who do not exist.

What type of man is willing to kill for his country without putting on a uniform? Six months of intense training have prepared him to take the war to the enemy’s doorstep, and he does so with brutal efficiency. Rapp starts in Istanbul, where he assassinates the Turkish arms dealer who sold the explosives used in the terrorist attack. Rapp then moves on to Hamburg with his team and across Europe, leaving a trail of bodies. All roads lead to Beirut, though, and what Rapp doesn't know is that the enemy is aware of his existence and has prepared a trap. The hunter is about to become the hunted, and Rapp will need every ounce of skill and cunning if he is to survive the war-ravaged city and its various terrorist factions.

This is “a bold and brawny tale that never wavers or lets up. The voice of today’s postmodern thriller generation, Flynn has never been better” (The Providence Journal) in this unforgettable novel of a young man primed to become an American assassin.

Great book, well read and cannot wait to read on about the Mitch Rapp adventures

I read a few other Mitch Rapp books but didn't know how or why he began doing was he does. Glad to be able to fill in the background. I enjoyed this book and look forward to reading other Mitch Rapp novels.

It’s a bit out dated

Too repetitious! Started out fine then dragged and dragged.

Oh my word this book drew me in from the beginning, loved the plot, the narrator was also good. Listened and finished in one day!

This is my second time going they series. Love it.

Such an amazing book

This was a great book! Even my husband liked it, and he doesn’t usually like books on tape / audio. The narrator did a great job with all the different accents and voices. Can’t wait to start the next one.

Mitch Rapp.....love love love the series. Although when Kyle Mills took it over Mitch became kinder and gentler :)

Another superb edition and an analog of how it all began for mitch rapp. The narrator is one of the most revered and award winning authors EVER.

was a good book had some slow parts but all in all I really enjoyed the book and can't wait to continue the series!

I loved it! The best book I have listened to in a while!

What a fantastic book, really catches your attention and draws you in!

Great book-- I am reading the series now!

Really enjoyed listening to the book, the narration was awesome.

Narration is superb with a fast paced story. I am planning on listening to more books in this series.

It was a good read and kept me enguaged.

Love listening on my way to work.

great book.l, the action keeps you riveted throughout. Looking forward to seeing the movie

Loved this book when I read it. Even better as an audiobook!

Very good book. Looking forward to listening to the sequel.

I like it very much. It is very timely and quite historically correct. Same thing with the geography