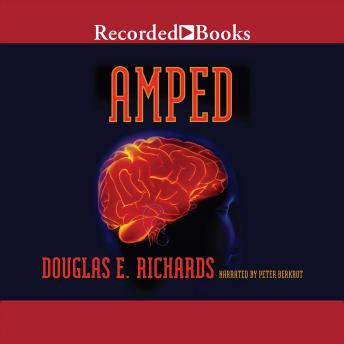 The highly-anticipated sequel to the New York Times & USA Today bestselling science-fiction/technothriller, WIRED Kira Miller is a brilliant scientist who discovers how to temporarily boost human IQ to dizzying levels. But this transcendent intelligence brings with it a ruthless megalomania. Determined to use her discovery to propel human civilization to a higher plane, despite this side effect, Kira and ex-special forces operative David Desh recruit a small group of accomplished scientists, all of whom are safely off the grid. Or so they think . . . Soon Kira and her team are fighting for their lives against unknown but powerful adversaries. Worse still, while on the run and being relentlessly attacked from all quarters, Kira comes across evidence of savage acts that the enhanced version of Desh kept hidden, even from himself. Now both she and Desh must question everything they think they know. Can they trust each other? Can they even trust themselves? And all the while, the greatest threat of all may be coming from an entirely unexpected direction. A threat that could lead to devastation on a global scale. And time is quickly running out . . . Like its predecessor, AMPED is a smart thriller crammed with breakneck action, unexpected twists, mind-blowing science, and philosophical and ethical concepts readers will be contemplating long after they've read the last page.

This is a juvenile portrayal of a less than believable group of individuals. It is unfortunate as some of the scientific concepts could have been played out with some substantive research. The author rambles on inordinately around character development. I am disappointed I spent the time listening to this book. It is better suited to a comic book portrayal of some less than believable not so super superheroes. If you value your time , this is not worth the expenditure.

This title is due for release on November 15, 2013
We'll send you an email as soon as it is available!