Apollyon: The Destroyer Is Unleashed 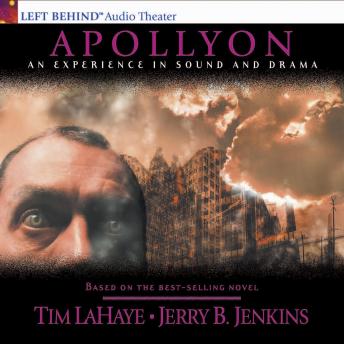 As further judgments that have been prophesied are released upon the world, the Tribulation Force travels to Israel for the Meeting of Witnesses. Apollyon and his plague of locusts are released from the bottomless pit when Satan falls from heaven and sets them free. With this newfound freedom, Apollyon and his minions ravage the earth, torturing all of those who are unsaved.

With such devastation all around, are any new converts being made? How will the survivors sustain themselves? This is a vivid presentation of the happenings of the end times, complete with a stellar cast and extraordinary score. Immerse yourself in the full scope of this audio movie, based on the best selling novel, Apollyon, written by Tim LaHaye and Jerry Jenkins. Apollyon is fifth in the Left Behind Series.

Apollyon: The Destroyer Is Unleashed

This title is due for release on April 1, 2001
We'll send you an email as soon as it is available!