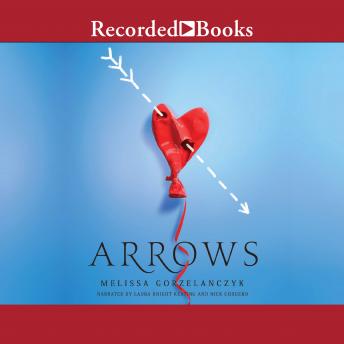 Aaryn, son of Cupid and Psyche, is determined to follow in his father's footsteps. On the night of his first assignment, without first logging in to the high-tech compatibility database, he shoots a ballet prodigy named Karma. Aaryn realizes too late the other arrow in his pack is useless. He can't shoot Danny, Karma's date, which makes the enchantment tragically one-sided. In the year that follows, Karma's destiny is derailed. One pregnancy confirmed. One ballet scholarship lost. Karma doesn't know that her toxic relationship with Danny is Aaryn's fault - but he's going to get a chance to make it right. Banished to earth as a human, Aaryn is given an impossible task: get Danny to marry Karma, no arrows allowed. Back on Mount Olympus, a political war is brewing about love and the old ways. Are arrows becoming obsolete? Then, something happens that no one planned for. Aaryn falls in love with Karma, the spellbound girl who can never love him in return.