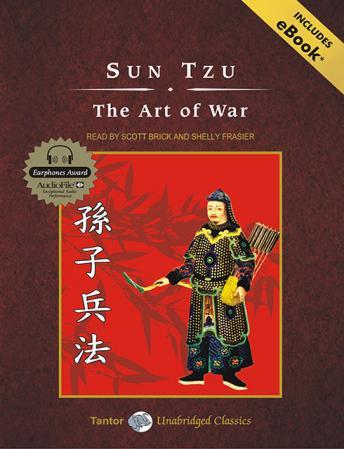 The Art of War

'All warfare is based on deception. Thus, when able to attack, we must seem unable. Hold out bait to entice the enemy. Feign disorder, and crush him. If he is in superior strength, evade him. If your opponent is quick to anger, seek to irritate him. Pretend to be weak, that he may grow arrogant.'

Written before Alexander the Great was born, this Chinese treatise on war has become one of the most influential works on the subject. Read widely in the east since its appearance 2,500 years ago, The Art of War first came to the West with a French Jesuit in 1782. It has been studied by generals from Napoleon to Rommel, and it is still required reading in most military academies of the world.

Although it was meant to be a practical guide to warfare in the age of chariots, many corporate and government leaders have successfully applied its lessons to battles in the modern dog-eat-dog world. Sun Tzu covers all aspects of war in his time, from strategy and tactics to the proper use of terrain and spies. In this version, Sun Tzu's lessons are brought to life with commentaries from ancient Chinese history, which illustrate both the philosophy and the principles of his teachings.

Wonderful read, wish I could have read it earlier in my life! This is one that you can reread and always get something out of it. Highly recommended to anyone remotely interested.

This title is due for release on July 21, 2008
We'll send you an email as soon as it is available!