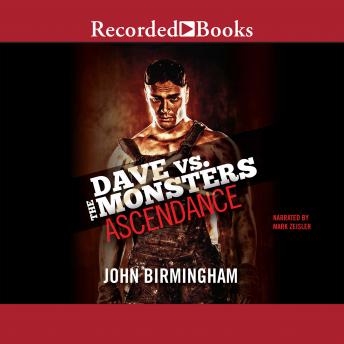 Ascendance: Dave vs. the Monsters

As a hardworking monster-slayer, Dave Hooper tries not to bring his work home with him. But nowadays it's hard to keep them separate. Email, cellphones, empath daemons, they never let a guy rest. The Horde has been raising hell and leveling cities from New York to Los Angeles, keeping Dave and his fellow monster-killer, Russian spy Karin Varatchevsky, very busy. But when the legions of hell invade the small seaside town his boys call home, Dave has to make a call. Save the world? Or save his family? Not as easy a choice as you'd think, since Dave's ex-wife expects to be saved too. And there's no convincing her that the supersexy Russian spy isn't his girlfriend. She's just his sidekick-and an assassin.

This title is due for release on June 30, 2015
We'll send you an email as soon as it is available!