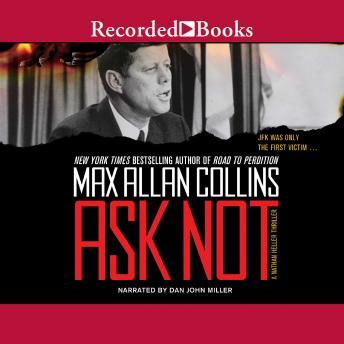 Chicago, September 1964. Beatlemania sweeps the nation, the Vietnam War looms, and the Warren Commission prepares to blame a ' lone-nut' assassin for the killing of President John F. Kennedy. But as the post-Camelot era begins, a suspicious outbreak of suicides, accidental deaths, and outright murders decimates assassination witnesses. When Nathan Heller and his son are nearly run down on a city street, the private detective wonders if he himself might be a loose end. . . . Soon a faked suicide linked to President Johnson' s corrupt cronies takes Heller to Texas, where celebrity columnist Flo Kilgore implores him to explore that growing list of dead witnesses. With the blessing of Bobby Kennedy-- former US attorney general, now running for Senator from New York-- Heller and Flo investigate the increasing wave of violence that seems to emanate from the notorious Mac Wallace, rumored to be LBJ' s personal hatchet man. Fifty years after JFK' s tragic death, Collins' s rigorous research for Ask Not raises new questions about the most controversial assassination of our time.

This title is due for release on October 22, 2013
We'll send you an email as soon as it is available!