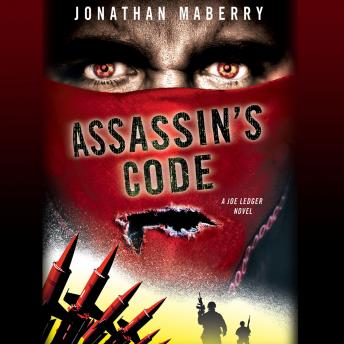 When Joe Ledger and Echo Team rescue a group of American college kids held hostage in Iran, the Iranian government then asks them to help find six nuclear bombs planted in the Mideast oil fields. These stolen WMDs will lead Joe and Echo Team into hidden vaults of forbidden knowledge, mass-murder, betrayal, and a brotherhood of genetically-engineered killers with a thirst for blood. Accompanied by the beautiful assassin called Violin, Joe follows a series of clues to find the Book of Shadows, which contains a horrifying truth that threatens to shatter his entire worldview. They say the truth will set you free… Not this time. The secrets of the Assassin's Code will set the world ablaze.

This is the 4th Maberry ( Joe Ledger Series ) book in a row I have listened to. Love the author and really love the narrator Ray Porter. I love his many voices and his way of expressing each character as Maberry wrote them to be. Loved the way this one ended and the story was a thrill ride. What an amazing imagination the author has and the way he explains everything you see - smell - or encounter in his books. Many parts had the hair on the back of my neck raised and all the lights on in the room. I think I have fallen in love with the dog ( Ghost ). Loved all 4 books and look forward to the next 6.

I enjoyed this book as I've enjoyed the ones that preceded it! Lots of action, lots of heart, a little humor, a great story. And as always, Ray Porter makes the book come alive with his expert story telling, Ray Porter is the freaking man!!

Great read, the narrator is superb. I've read a few of the Joe Ledger books now and also the Pine Deep trilogy from Jonathan Mayberry and have been very impressed in both series. If given the option to read the books or listen I would recommend the audiobooks as the narrator is top notch.

So addicted to Joe Ledger. Keep it coming. I wish this narrator can read some of the book I listened to. He is good..

This title is due for release on April 10, 2012
We'll send you an email as soon as it is available!