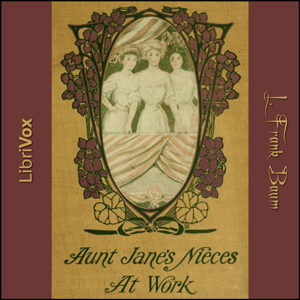 The novel carries forward the continuing story of the three cousins Louise Merrick, Beth De Graf, and Patsy Doyle, and their circle. The title is somewhat misleading; it could more accurately have been called Aunt Jane's Nieces in Politics. (Uncle John Merrick tells his nieces that politics is "work," which yields the title.)

The story begins three days after the end of the previous book, Aunt Jane's Nieces at Millville; the freckled and red-haired Patsy still sports a sunburn from her summer in the Adirondacks. She and Louise have received letters from their "cousin" Kenneth Forbes, the young man who inherited Aunt Jane's estate in the first book of the series. Kenneth has become involved in politics: he is running as the Republican candidate for the local seat in the New York State legislature, but thinks he is going to lose to his opponent. The family decide to go all out to help Kenneth win the election... (Summary by Wikipedia)