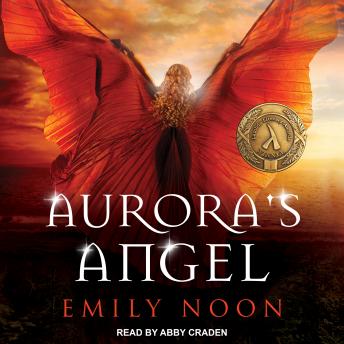 Joined in a battle for survival, a broken-winged angel and a shapeshifter huntress with a bloody past form a bond that may change their world.

Alone since her father's murder, Aurora has spent years hunting his killers. Battle-weary she's ready to start over where no one knows who or what she is, she just has one last mission to complete. Everything is going to plan until she discovers the beautiful winged girl caged underground.

Her decision to rescue Evie and to help her get home safely, despite avians being infamous for selling out shapeshifters like Aurora to cutters and black-market flesh dealers, will put her on a perilous path.

As the women travel together their attraction grows but Aurora is guarding her lonely heart almost as much as her dangerous secrets and Evie is struggling to accept how important Aurora has become to her.

When their enemies conspire to kill them, they may be each other's only hope. Aurora is powerful but she's also emotionally scarred and it will be up to Evie to save her from herself and to fight for them or innocent people will die along with the guilty ones and Aurora will disappear from Evie's life forever.