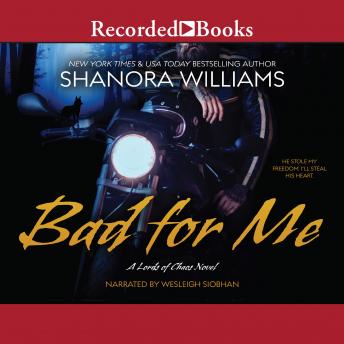 There’s a myth that floats around in my city. They say the president of the local biker gang is ruthless, heartless, and that once you cross him, you’ll spend the rest of
your life looking over your shoulder.

There are whispers that he was once lost in a forest, and when he was found, he was surrounded by a pack of wolves that were protecting him. Many will tell you he’d never
let his guard down for a woman, and that if he ever did, it would be bad for her.

The one thing this city doesn’t know about me is that I’m not your average woman. I’m a fighter, and when someone messes with my family, I will fight, and when my freedom
is stolen, I will do whatever it takes to get it back.

When I’m done with him, the rumors will come to an end because I’ll be the woman who tamed this infamous biker president.

I’ll be the woman who, in the end, was bad for him.