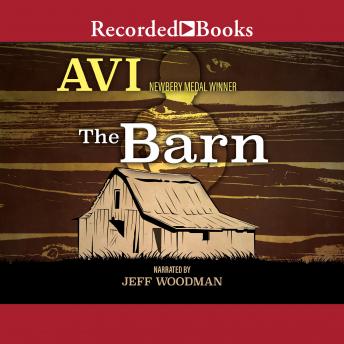 Benjamin was nine years old in the spring of 1855 when his father met with the accident that changed Benjamin's life. Called home from boarding school, his first sight of his father lying nearly lifeless in the bed petrified him. Gone was the energetic man who had held the family together when Benjamin's mother succumbed to diphtheria. With the courage and strength that had brought the family to the Oregon Territory, Benjamin and his siblings work to build the barn their father had been excitedly planning when he was struck down. Racing with time, Benjamin hopes to give the barn to his father as a gift-only hoping the barn will be completed before his father dies. Award-winning author Avi brings to life a tender story of loss and faith, that will touch the hearts of listeners of all ages.