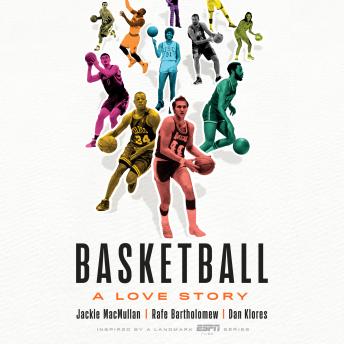 A sweeping and revelatory history of basketball, drawing upon hundreds of hours of interviews with the greatest players, coaches, executives, and journalists in the history of the game.

In an effort to tell the complete story of basketball in all its fascinating dimensions, acclaimed authors Jackie Macmullan, Rafe Bartholomew and Dan Klores have compiled nearly a thousand hours' worth of interviews with a staggering number of basketball greats. They've talked to hundreds of legendary players, such as Kobe Bryant, LeBron James, and Magic Johnson, and spoken with renowned coaches, including Phil Jackson and Coach K, as well as numerous executives, commissioners, and journalists. Most impressive was the extraordinary quality of the interviews. Again and again, players spoke candidly about secrets and told stories they'd never before discussed on the record.

The book that grew out of those interviews is an extraordinary project and quite possibly the most ambitious basketball book ever written. At once a definitive oral history and something far more literary and intimate, this is the never-before-told story of how basketball came to be, and about what it means to those who've given their lives to the game.