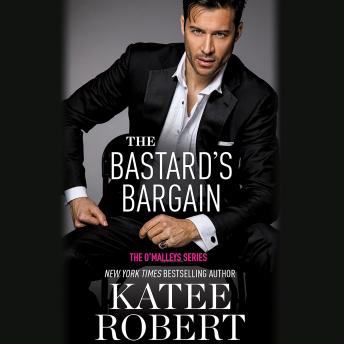 Married to the enemy

When Keira O'Malley was a child, she used to picture her perfect wedding. The flowers. The dress. Her husband. But nothing could have prepared her for saying 'I do' to Dmitri Romanov-cold, domineering, and always one step ahead of everyone else in the ever-shifting power plays of New York City. She agreed to his bargain to secure peace for her family, and she may want the bastard more than she'd ever admit, but she'll be damned if she'll make this marriage easy for him.

Dmitri knows better than to underestimate Keira for one second. Molten desire smolders between them, a dangerous addiction neither can resist. But his enemies are already on the move, and he needs every ounce of his legendary focus and control to keep them alive. Keira could just be his secret weapon-if she doesn't bring him to his knees first.

'A tension-filled plot full of deceit, betrayal, and sizzling love scenes will make it impossible for readers to set the book down.' -- Publishers Weekly on Forbidden Promises

the narration is really good!! i’m new to audio books but of the 3 books i’ve listened to, this one has the narration by far! the book is also very good.

The book was a good read. I just did not like the girl character. I felt she was trying to change herself to please the mafia guy.