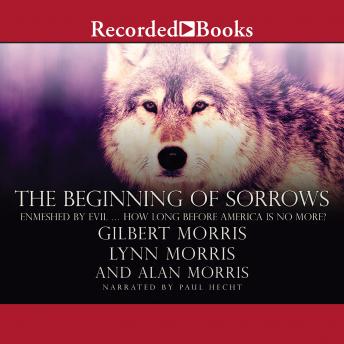 The Beginning of Sorrows: Enmeshed by Evil … How Long Before America Is No More?

Gilbert Morris has written more than 80 inspiring novels, many of them bestsellers. In this epic work, he and his co-authors use Biblical truth and powerful allegory to offer a new way of thinking about the end times. In the year 2050, the U.S. government rules that humanity is nature's worst enemy and herds all of its citizens into a few overcrowded cities. An insidious new version of Germany's Third Reich, led by an indestructible madman, infiltrates the White House and uses an electricity-eating virus to plunge the nation into darkness. Except for a handful of God's chosen people, who are converging in the hills, the entire nation lies on the brink of chaos.

This title is due for release on October 21, 2011
We'll send you an email as soon as it is available!