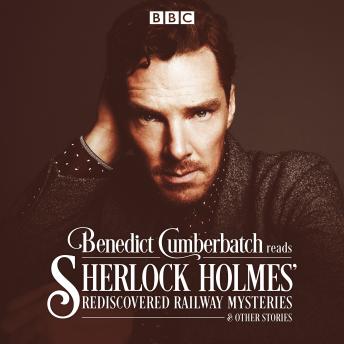 'An Inscrutable Masquerade'/ 'The Conundrum of Coach 13'/ 'The Trinity Vicarage Larceny'/ 'The 10.59 Assassin'

In a drawer in his bureau, Dr Watson keeps a locked cedarwood chest - a 'box of secrets'. It contains an archive of notes referring to some of Holmes' cases that, for one reason or another, never saw the light of day. Now, for the first time, Watson has decided to reveal the truth to the world... In these four thrilling stories, Holmes experiments with the science of ballistics, locates some missing gold bullion, investigates the theft of a large amount of money and solves the baffling mystery of the Stovey murder.

A bit short but a fun listen considering cumberbatch plays sherlock in the bbc show. i would like to see a modern version of sherlock books though.

This title is due for release on August 20, 2015
We'll send you an email as soon as it is available!