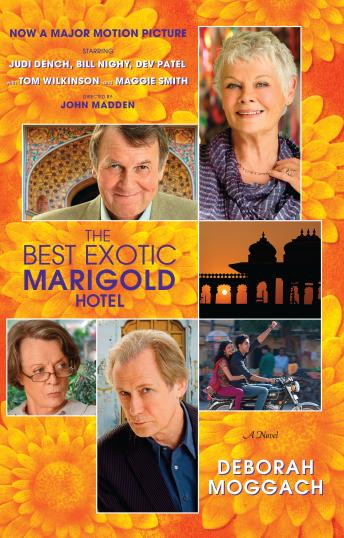 When Ravi Kapoor, an overworked London doctor, reaches the breaking point with his difficult father-in-law, he asks his wife: “Can’t we just send him away somewhere? Somewhere far, far away.” His prayer is seemingly answered when Ravi’s entrepreneurial cousin sets up a retirement home in India, hoping to re-create in Bangalore an elegant lost corner of England. Several retirees are enticed by the promise of indulgent living at a bargain price, but upon arriving, they are dismayed to find that restoration of the once sophisiticated hotel has stalled, and that such amenities as water and electricity are . . . infrequent. But what their new life lacks in luxury, they come to find, it’s plentiful in adventure, stunning beauty, and unexpected love.

This is a book that has some humor, but is basically a sad reflection on old age and long-term relationships. It is a bitter-sweet story with love and disappointments, many disappointments. That’s life. The narrator was excellent - great variety of accents and voices to match the characters.

This title is due for release on March 13, 2012
We'll send you an email as soon as it is available!