Betrayed: A House of Night Novel 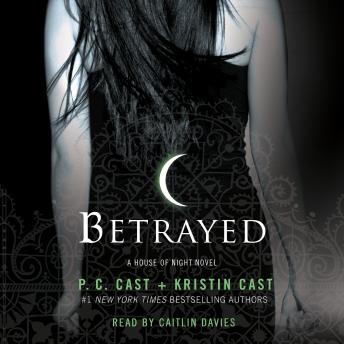 Betrayed, the second installment in the bestselling House of Night series from P. C. Cast and Kristin Cast, is dark and sexy, and as thrilling as it is utterly shocking.

Fledgling vampyre Zoey Redbird has managed to settle in at the House of Night. She's come to terms with the vast powers the vampyre goddess, Nyx, has given her, and is getting a handle on being the new Leader of the Dark Daughters, the school's most elite group. Best of all, Zoey's made some new friends and she finally feels like she belongs--like she really fits in. She actually has a boyfriend…or two. And despite the best efforts of her mother and step-loser John to humiliate her publically during parent visitation, she's earned the respect of her professors and High Priestess, Neferet.

Then the unthinkable happens: human teenagers are being killed, and all the evidence points to the House of Night, straining human-vamp tensions in Tulsa to a breaking point. While danger stalks the humans from Zoey's old life, she finds herself drawn into an intoxicating forbidden flirtation that threatens to distract her from the growing crisis. Then, when she needs her new friends the most, death strikes the House of Night. Too late, Zoey begins to realize that the very powers that make her so unique might also threaten those she loves, and she must find the courage to face a betrayal that could break her heart, her soul, and jeopardize the very fabric of her world.

Betrayed: A House of Night Novel