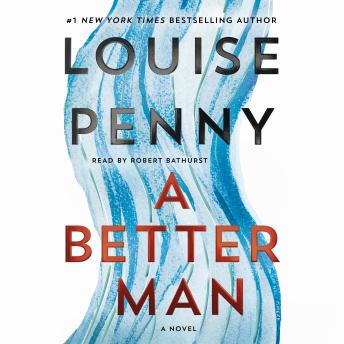 It’s Gamache’s first day back as head of the homicide department, a job he temporarily shares with his previous second-in-command, Jean-Guy Beauvoir. Flood waters are rising across the province. In the middle of the turmoil a father approaches Gamache, pleading for help in finding his daughter.

As crisis piles upon crisis, Gamache tries to hold off the encroaching chaos, and realizes the search for Vivienne Godin should be abandoned. But with a daughter of his own, he finds himself developing a profound, and perhaps unwise, empathy for her distraught father.

Increasingly hounded by the question, how would you feel…, he resumes the search.

As the rivers rise, and the social media onslaught against Gamache becomes crueler, a body is discovered. And in the tumult, mistakes are made.

In the next title in this “constantly surprising series that deepens and darkens as it evolves” (New York Times Book Review), Gamache must face a horrific possibility, and a burning question.

What would you do if your child’s killer walked free?

Praise for A Better Man:

“‘A Better Man,' with its mix of meteorological suspense, psychological insight and criminal pursuit, is arguably the best book yet in an outstanding, original oeuvre.” —Tom Nolan, The Wall Street Journal

'With an uncompromising eye, Penny explores the depths of human emotion, both horrifying and sublime. Her love for her characters and for the mystical village of Three Pines is apparent on every page.' —Publishers Weekly, starred review

Thank you for another action and mystery packed book Ms. Penny. Looking forward to the next one. I never knew about Quebec and the québécois!

I normally love this series but this book was a bit of a disappointment. There were too many twists and turns, especially at the end. Still look forward to the next one!

I love Louise Penny, but I will say this plot was especially confusing, especially towards the end. I feel like I need to actually read it to absorb all the details. The narrator was great, but explain to me why it has to be read with a British accent (I love British accents overall but...). Canadians don't have British accents and the fact that these characters are Quebecois, made it annoying to me. French accent, yes, Canadian, yes, but not British...

Did not like the reading. It was read so quickly that it was an effort to follow. I finally just gave up on the book

Another good mystery . Because Mrs Penny writes in a series , it would be helpful for readers to have read a previous book or two to understand some of the town’s people whose own stories are intertwined in these stories !

Much better than the usual. Who done it novels

One of my favorite and I think , her best book. So well written that I felt the icy cold water and wind as I read. The characters were my old friends from previous books but not always acting in a predictable fashion. The narrator was excellent. The book has so much depth and I find myself mulling over each character's ethics. Loved it!