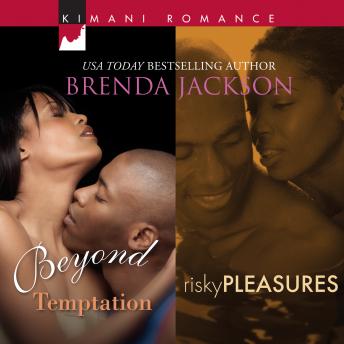 Sexy millionaire Morgan Steele will settle for nothing less than the perfect woman. And when he lays his arrogant eyes on sultry Lena Spears, he believes he’s found her. There’s only one problem, the lady in question seems totally immune to his charm.

Morgan is determined to convince the sassy career woman that he’s Mr. Right. He wines and dines her. He promises her the baby she desperately wants and the financial security she craves. And given time, Morgan is certain that once he gets Lena into his bed, she’ll never want to leave....

Although frustrated in his attempt to acquire Steele Corporation, arrogant millionaire Cameron Cody will not be denied the firm’s most attractive asset, Vanessa Steele. So when Cameron learns that Vanessa is house-sitting for her sister in Jamaica, he buys the adjoining property and makes her an offer she can’t refuse....

Cameron is determined to prove to Vanessa that he is the one temptation she cannot resist, but she is equally determined to prove him wrong. What Vanessa doesn’t suspect is that Cameron intends to brand her so deeply with his island passion, that once they’re back in the States, she’ll be the one in hot pursuit.