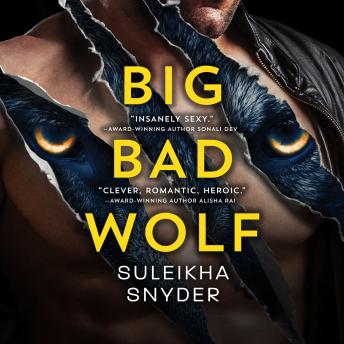 Joe Peluso has blood on his hands. But lawyer and psychologist Neha Ahluwalia is determined to help him craft a solid defense...even if she can't defend her own obsession. She knows Joe took out those Russian mobsters for good reason-they were responsible for the death of his beloved foster brother. But those six bad guys were part of the ruthless clan of bear shifters who control Brooklyn's Russian mafia, so Joe's vigilante justice has earned him countless enemies in New York's supernatural-controlled underworld and no friends in a government that now bends to Russia at every turn.Joe knows that creatures like him only deserve the worst-darkness, solitude, punishment. But meeting Neha makes him feel human for the first time in forever. He's never wanted anything in his life like he wants her, and he'll break almost any rule to spend another minute alone with her. But when the Russian mob attacks the jail for payback, Joe and Neha are forced to escape. Before long, they're on the run-from monsters who want him dead and from their own traitorous hearts.

This title is due for release on February 22, 2021
We'll send you an email as soon as it is available!