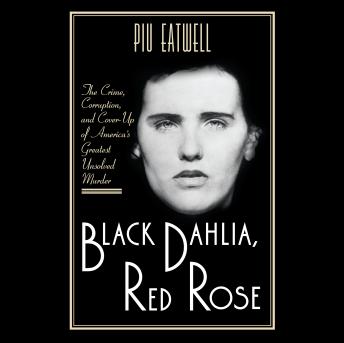 The gruesome murder of hopeful starlet Elizabeth Short, in the noir-tinged Los Angeles of 1947, has a permanent place in American lore as one of the most inscrutable of true-crime mysteries. Now, Piu Eatwell-relentless legal sleuth and atmospheric stylist-cracks the case after seventy years. With recently unredacted FBI files, newly released sections of the LAPD files, and explosive new interviews, Eatwell has unprecedented access to primary evidence and a persuasive culprit. She layers her findings into a gritty, cinematic retelling of the case from the corrupt LAPD and the take-no-prisoners press to the seedy underworld of would-be actresses and the men who preyed on them. In mesmerizing prose, Black Dahlia, Red Rose is a panorama of 1940s Hollywood, a definitive account of one of the biggest unsolved murders of American legal history.

The author puts together a compelling case of who killed Elizabeth Short, why and why it was covered up.

I feel like his voice was appropriate for the piece, as it reminded me of the recordings of the time and the TV shows about the time period.

Very interesting story of a time in American history when the police really could get away with pretty much anything. The Author makes a good case for whom he believes was the killer. Good read!

Interesting book very much worth a listen

the most in depth breakdown of the case I have found. Enjoyed the review if the original case files and history on the men investigating

As compelling and riveting as ANY true crime book I have read. The author is meticulous and dogged in pricing together the evidence that reveals the seedy underworld of 1940’s Los Angeles and a cast of characters Dashiell Hammet might have created. From corrupt cops to hard boiled reporters, gangsters, low life's and young girls looking for that one big break. And at the heart Elizabeth Short in the shadows becoming after her horrific death The Black Dahlia. It is a breath taking journey the author takes you on and a remarkable book.