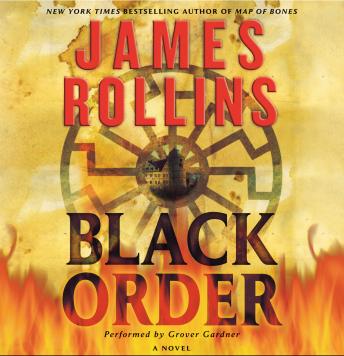 A sinister fire in a Copenhagen bookstore ignites a relentless hunt across four continents. Arson and murder reveal an insidious plot to steal a Bible that once belonged to Charles Darwin. And Commander Gray Pierce dives headlong into a mystery that dates back to Nazi Germany...and to horrific experiments performed in a now-abandoned laboratory in Poland.

A continent away, madness ravages a remote monastery in Nepal, as Buddhist monks turn to cannibalism and torture. Lisa Cummings, an American doctor investigating the atrocity, is suddenly a target of a brutal assassin. And Lisa's only ally is Painter Crowe, director of SIGMA Force, who already shows signs of the baffling malady.

Now it is up to Gray Pierce to save them both as SIGMA Force races to expose a century-old plot that threatens to destroy the current world order . . . and alter the destiny of humankind forever.