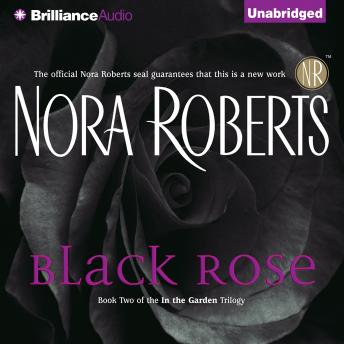 #1 New York Times bestselling author Nora Roberts presents the second novel of her In the Garden trilogy, as three women must discover the secrets from the past contained within their historic home.…A Harper has always lived at Harper House, the centuries-old mansion just outside of Memphis. And for as long as anyone alive remembers, the ghostly Harper Bride has walked the halls, singing lullabies at night.…At forty-seven, Rosalind Harper is a woman whose experiences have made her strong enough to bend without breaking—and to weather any storm. A widow with three grown sons, she survived a disastrous second marriage and built her In the Garden nursery from the ground up. Through the years, In the Garden has become more than just a thriving business—it is a symbol of hope and independence to Roz, and to the two women she shares it with. Newlywed Stella and new mother Hayley are the sisters of her heart, and together, the three of them are the future of In the Garden.Hired to investigate Roz’s Harper ancestors, Dr. Mitchell Carnegie finds himself just as intrigued by Roz herself. And as they begin to resurrect old secrets, Roz is shocked to find herself falling for the fascinating genealogist—even when he learns more about her than anyone has before.…

This title is due for release on May 31, 2005
We'll send you an email as soon as it is available!