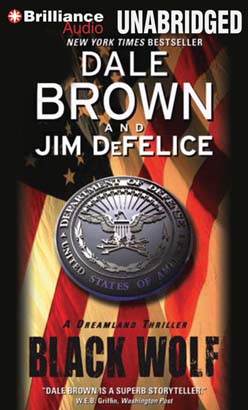 Top NATO representatives meet in Kiev to forge a new alliance . . . Powerful elements within a newly resurgent Russia decide the alliance must be stopped at all costs . . .

The warriors of Dreamland have moved on. Some, like Breanna and Zen Stockard, to positions of power and influence; others, like Danny Freah and Nuri Lupo, into Whiplash, a cutting-edge combination of brain and brawn. Tasked by the President to handle the country’s most deadly and sensitive jobs, the elite SpecWarfare unit marries muscle to technological prowess.

But can even Whiplash stand up to a covert Russian army of genetically enhanced assassins known only as the Wolves?

The stories about them sound like sheer fantasy: the killers are said to be nearly invisible and virtually unstoppable, endowed with super-human strength and endurance. But when Danny Freah and company discover they do exist, Danny stumbles on an even darker and deadlier secret:

One Wolf, the most ferocious of all, comes from the heart of Dreamland itself. And Danny saw him die more than a decade before.

This title is due for release on January 1, 2014
We'll send you an email as soon as it is available!