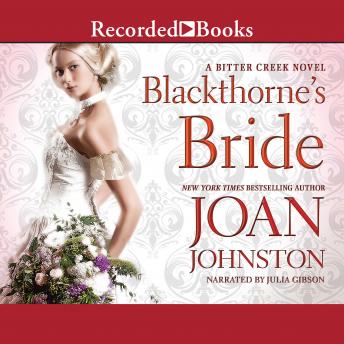 A rogue nobleman, a rescued lady, and revenge undone by romance all play a part in this irresistible novel of best-laid plots, delicious deception, and unexpected passion. Two years have passed since Josie Wentworth was bought from the Sioux for a gold watch and whisked back to England by Marcus Wharton, the Duke of Blackthorne. When Marcus breaks his promise to return Josie to America, she ends up as a maid in the home of his charming but neglected nephews. Once Josie's long-lost family finds her, however, the suddenly wealthy heiress sets out to save the two boys from their indifferent uncle-and teach the duke a lesson in honor. Learning that Marcus is seeking a rich American bride to save his estate, Josie plots to catch his eye-certain he'll never recognize the beauty she's become as the ragged captive he rescued. But Josie doesn't wager on her marital charade taking a tender turn, as the nobleman she's despised for years proves to be a very different man than she's imagined. And there's no denying his passionate caresses, as she falls deeper under the spell of a husband determined to claim her heart.