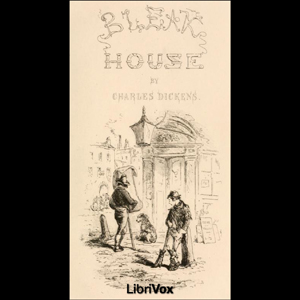 The Chancery Court had jurisdiction over all matters of equity, including administration of estates, the guardianship of orphans, and disputed property disbursement. In Dickens' time, some cases could take years to be settled, changing the lives of those involved.

Esther Summerson, a young woman raised in a tough and unloving atmosphere, is unexpectedly requested to be a companion to two teenage orphans, Richard Carstone and Ada Clare, for whom the court has appointed as guardian, John Jarndyce. They take up residence at Mr. Jarndyce's home, Bleak House. The story of their lives and fortunes is the main thrust of the novel, and is related at times through the eyes of Esther, whose gentle point of view gives the reader a different and more intimate perspective.

Richard is sure his fortune is 'just around the corner' when the case of Jarndyce-v-Jarndyce, of which he and Ada will be beneficiaries, is settled. He tries his hand at a career or two, but he becomes obsessed with hastening the probate of the willed fortune he feels must soon be theirs. Further difficulties arise when he and Ada fall in love, while he, penniless, continues the quest to bring his case to justice.

A scriber of legal documents dies, and from his death, questions arise which unearth secrets that the Jarndyce's neighbour, Lady Dedlock, has kept hidden for years. Inspector Bucket enters the case, and begins investigating the disappearance of Lady Dedlock. In the dirt poor part of London comes a young boy called Joe who claims to 'know noffink' but who has witnessed something very important.

Several other colorful characters are wound into the story. Nearly insane Miss Flite, who for years has attended court every day, with her little folder of documents, is ever hopeful of a settlement. Mr. Boythorn is a boisterous friend of Jarndyce who has a vendetta with Sir Leicester Dedlock. The Jellyby Family, invariably on the verge of a disaster, is neglected by their Mother who is obsessed with an overseas project. The Smallweed family is mean and avaricious - squeezing money from poor clients. Mr. Skimpole is the childlike captivating friend of Mr. Jarndyce who sees no harm in living off everybody else. Mr. Guppy fawns after Esther, and plots to steal documents with his friend Weevle. Mr. Woodcourt is a gentle surgeon and family friend, who becomes a hero.

Since the writing of Bleak House, the property laws of England were changed, and disbursements were thenceforth conducted in court with the object of swiftly coming to a settlement for the benefit of inheritors.

First 30 seconds and I knew I could not endure the sticky mouth of the narrator. Borrowed from library instead.

Narration was top rate. was not surprised to find out she is a professional actor. The story was good as you would expect from Dickens. Extremely well written with some great observations, metaphors and descriptions throughout. Though I have to say I still prefer Great Expectations. Since the morality of the characters in Bleak House seems a bit Black and white! (not the case in G.E.)

I’m a die-hard Dickens' fan and Bleak House is one of my favs. Mil Nicholson is a superb narrator, and I purposefully search out books that she reads.

This title is due for release on August 10, 2016
We'll send you an email as soon as it is available!