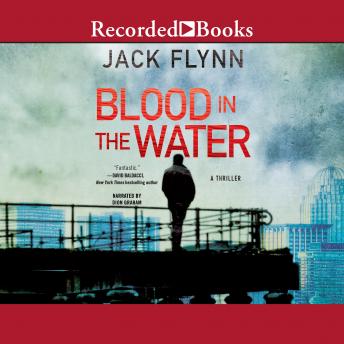 Blood in the Water

Jack Flynn's Blood in the Water is an edge-of-the-seat ride in a roller coaster, action-packed thriller with international terrorism at its core and family at its heart. Boston is in the grip of the coldest winter on record, but in its criminal underworld the temperature is rising. Harbor chief Cormack O'Connell has lived his life close to the wire - above and below the law. He knows every movement on his waterfront, and that's why someone wants him out of the way, fast. Homeland security agent Kit Steele is committed to avenge terrorism. Also known as The Hunter, she's got her eye on the prize. This time it's personal, and she has nothing left to lose. Her prey is Vincente Carpio, one of the world's most dangerous criminals. He is clever, calculating and he's biding his time. Diamond O'Connell is a daughter, a lover and a fighter. She's seen things most nineteen-year-old girls couldn't even begin to imagine. And she's about to become a pawn in a deadly game of cat and mouse. Everyone has their part to play, but now it seems that there are much darker, far-reaching forces at work which look to be preparing for the international stage

This was a FANTASTIC read!! So much so that I had to uncharacteristically post my opinion. I chose this book from the choices given to VIP readers as a reward. I wasn’t really expecting much. I was very pleasantly surprised. The story flowed well and the Narrator was phenomenal! I consider myself to be a “Crime Thriller” aficionado and this book did not disappoint.

I’m in love in Cormack, he’s cool and omg his voice! The narrator is perfect for his character. It’s a must if you like intense roller coaster riding thrillers.

Flynn had a great plot and let it get swallowed up by unnecessary violence over-described. The narrator, Dion Graham, will be very good when he stops the distracting “stage intake” of breath in the middle of a phrase!

Great book! I enjoyed the storyline. The narrator was fantastic! He had many different voices and accents which made the entire story more believable! If I were to mention one negative, it would be how fast the narrator read! I had to slow down the voice to 0.8x!

I enjoyed it. Fast paced and suspenseful.

Fast paced. Multiple character narratives that were distinguishable. Plot well developed. If the phase “my unborn child” was used one time I would stopped listeniging.

The narrator was really bad the book was great