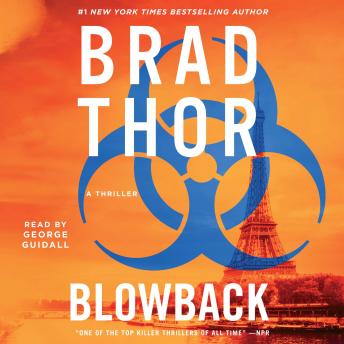 A weapon designed to decimate the Roman Empire has just become the number one threat to the United States.
From the national bestselling author of The Lions of Lucerne, Path of the Assassin, and State of the Union comes the most gripping international thriller yet featuring Navy SEAL turned covert counterterrorism agent Scot Harvath.

When a mystery thousands of years in the making threatens to catapult the enemies of America to a sure and decisive victory, the only person the president can call for help is the man the administration has just fired.

Caught live on Al Jazeera in an off-the-books operation, Scot Harvath's career has been terminated and he is forced to go to ground as the president bows to pressure from a ruthless senator with her sights set on the White House. But when the tide in the war on terror suddenly turns against the U.S., the president has no choice but to secretly bring Harvath back inside.

Ducking a congressional subpoena, Harvath travels to the Mediterranean, where he learns of a shadowy organization that has been combing the earth for decades in search of the ultimate weapon to use against the United States and her allies.

Now, after three summers of record-setting heat across present-day Europe, one steadily melting Alpine glacier has given up an ancient secret--one with the potential to thrust civilization back into the Dark Ages.

From Cyprus, London, and Paris, to Italy, Switzerland, and Saudi Arabia, Harvath must race against the clock to stop one of the greatest evils ever to face the United States. With his characteristic high-voltage action, sweeping international locales, and meticulous research, Brad Thor has created another supercharged novel that is sure to thrill.