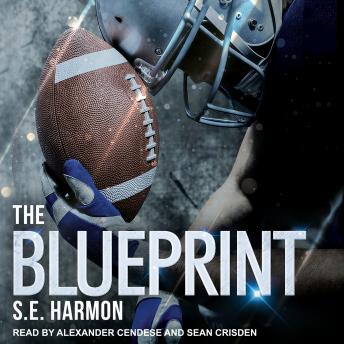 Kelly Cannon is satisfied with his life. He has friends, a wonderful family, and a great job. But his love life has reached a new level of pitiful. Why? Well, his heart decided to break all the rules. Don't fall in love with a straight guy. And definitely don't fall in love with your best friend.

NFL standout Britton 'Blue' Montgomery has pressure coming at him from all sides. From his father, who's only interested in Blue's football career. From his coaches, who just want him to play without getting injured again. From the fans. From his agent. And from his mother, who has popped up on the radar after leaving his family years before. And now his relationship with Kelly is on shaky ground, and that frightens Blue more than anything.

When Kelly admits he's in love with Blue, bonds are tested, and Blue has to decide what's really important. He doesn't want to lose the number-one person in his life, but the cost to keep Kelly close might be more than he's willing to pay.

It's a good thing his nickname is the Blueprint-it's time to draft a new set of plans.

I really loved it.

Everything was smooth and sexy. One of the best I had read. Kudos to the narrator! One of the sexiest voice I heard.

I like this book. It's just my type of book.

Such a sweet but hot best friends to lovers book. Definitely recommend.

This title is due for release on June 30, 2018
We'll send you an email as soon as it is available!