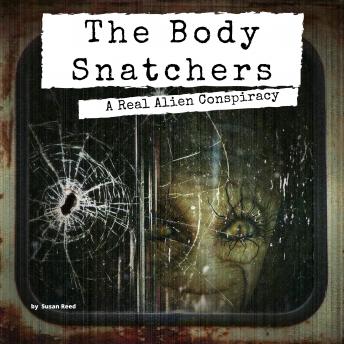 Susan Reed has a Bachelor of Science in nutrition and has worked for eighteen years as a nutritionist and hospital dietician. She worked in nutritional research for several years.


She became interested in higher consciousness and spent four years in an enlightenment and study course. She then met a man named Brian, who revealed himself to be a reptilian host. This catapulted her into the secret reptilian involvement on the planet.


This is a book about an alien race and how they are taking over the planet. This alien race is known as the Reptilians; actually they are called the Draconians. The biblical term is the Nephilim or fallen angels and obviously Satan. David Icke talks a lot about them in his books. Capt. Bill Robertson whose books I have just discovered described them as Marcabians, an alien race operating to take over the planet who are able to take over adult bodies. Bill Robertson died prematurely of a brain tumour in his fifties! I think maybe they killed him for his knowledge. Andrew Hennessy provides evidence that they are in fact dragons and I myself get a mental image of a wide jaw with sharp teeth roaring in a blood curdling way, a bit like a dragon. This occurs when the reptilian host that I have been targeted by tried to harm me. It may be that they are in fact dragons that do not fire breath. I was targeted because I was doing a higher consciousness course called 'Awakening your light body' by Luminescence and the reptilians wanted to know more about it so they could stop it.

This title is due for release on January 11, 2021
We'll send you an email as soon as it is available!