The Boo-Boos That Changed the World: A True Story about an Accidental Invention (Really!) 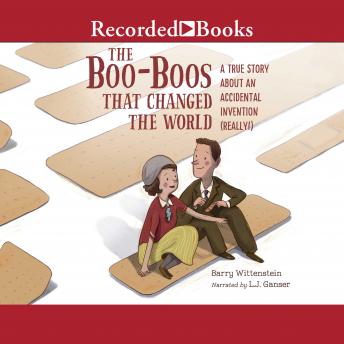 Did you know Band-Aids were invented by accident?! And that they weren't mass-produced until the Boy Scouts gave their seal of approval? 1920s cotton buyer Earle Dickson worked for Johnson & Johnson and had a klutzy wife who often cut herself. The son of a doctor, Earle set out to create an easier way for her to bandage her injuries. Band-Aids were born, but Earle's bosses at the pharmaceutical giant weren't convinced, and it wasn't until the Boy Scouts of America tested Earle's prototype that this ubiquitous household staple was made available to the public. Soon Band-Aids were selling like hotcakes, and the rest is boo-boo history.

Boo-Boos That Changed the World: A True Story about an Accidental Invention (Really!)

This title is due for release on March 23, 2018
We'll send you an email as soon as it is available!