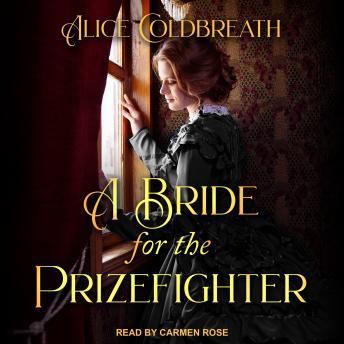 A Bride for the Prizefighter

Mina's well-ordered life is thrown into disarray when her father drops a bombshell on his deathbed, she has a brother she never knew of. Not only that, he is on his way to rescue her from the collapse of their school under a mountain of debts.

A wild journey across country later, Mina finds herself thrown at the feet of the brutish William Nye, prize-fighter and owner of a disreputable inn, The Merry Harlot. Respectable Mina is appalled to find herself obliged to wed this surly stranger!

Forced to draw on reserves of inner strength she never knew she possessed, Mina uncovers perilous secrets and bravely carves herself a new life at the side of this man, as she proves herself a more than worthy partner for the prize-fighter.