Bringing Mulligan Home: The Other Side of the Good War 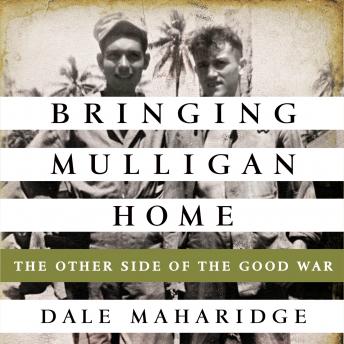 Sgt. Steve Maharidge, like many of his generation, hardly ever talked about the war. The only sign he’d served in it was a single black and white photograph of himself and another soldier tacked to the wall of his basement workshop. After Steve Maharidge’s death, his son Dale, now an adult, began a twelve-year quest to understand his father’s preoccupation with the photo. What had happened during the battle for Okinawa, and why had his father remained silent about his experiences and the man in the picture, Herman Mulligan? In his search for answers, Maharidge sought out the survivors of Love Company, many of whom had never before spoken so openly and emotionally about what they saw and experienced on Okinawa.In Bringing Mulligan Home, Maharidge delivers an affecting narrative of war and its aftermath, of fathers and sons, with lessons for the children whose parents are returning from war today.

Bringing Mulligan Home: The Other Side of the Good War

This title is due for release on March 12, 2013
We'll send you an email as soon as it is available!