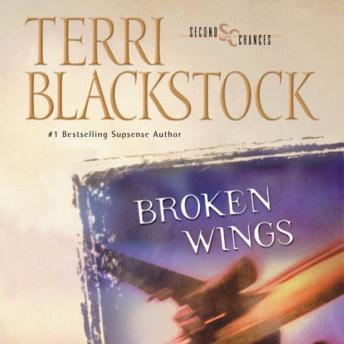 Among the 151 people who died in the crash of Flight 94 was Mick Hammon, the plane's captain and Erin Russell's close friend. A pilot herself, Erin now struggles with the shattering losses both of her friend and of her own confidence in the cockpit. With pilot error speculated as the cause of the accident, Erin fights to save Mick's reputation for the sake of the family he left behind. But that fight pits her against Addison Lowe, the crash investigator. Like Erin, he is determined to get at the truth of the disaster. But his conclusions could ruin Mick's good name and the future of Mick's family. Clashing over the details of the disaster, Erin and Addison discover an unexpected, mutual attraction for each other. But it could go down in flames as the investigation spins out of control. Broken Wings is part of the Second Chances series by award-winning suspense novelist Terri Blackstock. Combining fast-paced reading with realistic characters and situations, Second Chances takes readers to where the conflict between good and evil becomes the proving grounds of faith.

This title is due for release on February 24, 2009
We'll send you an email as soon as it is available!