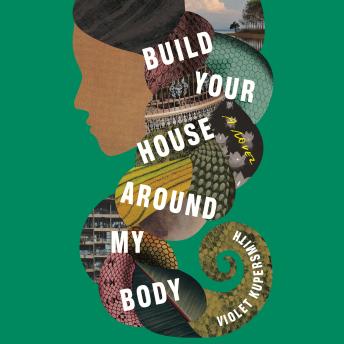 Build Your House Around My Body: A Novel

FINALIST FOR THE CENTER FOR FICTION’S FIRST NOVEL PRIZE • LONGLISTED FOR THE WOMEN’S PRIZE FOR FICTION • ONE OF THE BEST BOOKS OF THE YEAR: The New York Times Book Review, NPR, Good Housekeeping, Kirkus Reviews

“Fiction as daring and accomplished as Violet Kupersmith’s first novel reignites my love of the form and its kaleidoscopic possibilities.”—David Mitchell, author of Cloud Atlas

Two young women go missing decades apart. Both are fearless, both are lost. And both will have their revenge.

1986: The teenage daughter of a wealthy Vietnamese family loses her way in an abandoned rubber plantation while fleeing her angry father and is forever changed.

2011: A young, unhappy Vietnamese American woman disappears from her new home in Saigon without a trace.

The fates of these two women are inescapably linked, bound together by past generations, by ghosts and ancestors, by the history of possessed bodies and possessed lands. Alongside them, we meet a young boy who is sent to a boarding school for the métis children of French expatriates, just before Vietnam declares its independence from colonial rule; two Frenchmen who are trying to start a business with the Vietnam War on the horizon; and the employees of the Saigon Spirit Eradication Co., who find themselves investigating strange occurrences in a farmhouse on the edge of a forest. Each new character and timeline brings us one step closer to understanding what binds them all.

Build Your House Around My Body takes us from colonial mansions to ramshackle zoos, from sweaty nightclubs to the jostling seats of motorbikes, from ex-pat flats to sizzling back-alley street carts. Spanning more than fifty years of Vietnamese history and barreling toward an unforgettable conclusion, this is a time-traveling, heart-pounding, border-crossing fever dream of a novel that will haunt you long after the last page.