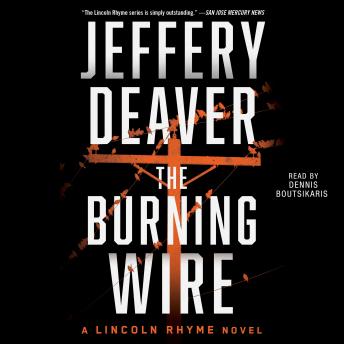 From New York Times bestselling author Jeffery Deaver—Lincoln Rhyme is back, and on the trail of a killer whose weapon of choice cripples New York City with fear.

The weapon is invisible and omnipresent. Without it, modern society grinds to a halt. It is electricity. The killer harnesses and steers huge arc flashes with voltage so high and heat so searing that steel melts and his victims are set afire.

When the first explosion occurs in broad daylight, reducing a city bus to a pile of molten metal, officials fear terrorism. Rhyme, a world-class forensic criminologist known for his successful apprehension of the most devious criminals, is immediately tapped for the investigation. Long a quadriplegic, he assembles NYPD detective Amelia Sachs and officer Ron Pulaski as his eyes, ears and legs on crime sites, and FBI agent Fred Dellray as his undercover man on the street. As the attacks continue across the city at a sickening pace, and terrifying demand letters begin appearing, the team works desperately against time and with maddeningly little forensic evidence to try to find the killer. Or is it killers…?

Meanwhile, Rhyme is consulting on another high-profile investigation in Mexico with a most coveted quarry in his crosshairs: the hired killer known as the Watchmaker, one of the few criminals to have eluded Rhyme’s net.

Juggling two massive investigations against a cruel ticking clock takes a toll on Rhyme’s health. Soon Rhyme is fighting on yet another front—and his determination to work despite his physical limitations threatens to drive away his closest allies when he needs them most…

Grabbed the listener from the first chapter, Held the suspense all the way through the book. I will find more of these to listen to.

This title is due for release on June 1, 2010
We'll send you an email as soon as it is available!