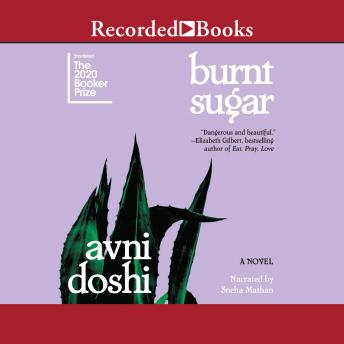 Shortlisted for the 2020 Booker Prize, a searing literary debut novel set in India about mothers and daughters, obsession and betrayal "I would be lying if I said my mother's misery has never given me pleasure," says Antara, Tara's now-adult daughter. This is a love story and a story about betrayal-not between lovers but between a mother and a daughter. ... In her youth, Tara was wild. She abandoned her arranged marriage to join an ashram, embarked on a stint as a beggar (mostly to spite her affluent parents), and spent years chasing a disheveled, homeless "artist," all with little Antara in tow. But now Tara is forgetting things, and Antara is an adult-an artist and married-and must search for a way to make peace with a past that haunts her as she confronts the task of caring for a woman who never cared for her. Sharp as a blade and laced with caustic wit, Burnt Sugar unpicks the slippery, choking cord of memory and myth that binds mother and daughter: Is Tara's memory loss real? Are Antara's memories fair? In vivid and visceral prose, Avni Doshi tells a story at once shocking and empathetic of a mother-daughter relationship and a daughter's search for self. A journey into shifting memories, altering identities, and the subjective nature of truth, Burnt Sugar is the stunning and unforgettable debut of a major new voice in contemporary fiction.