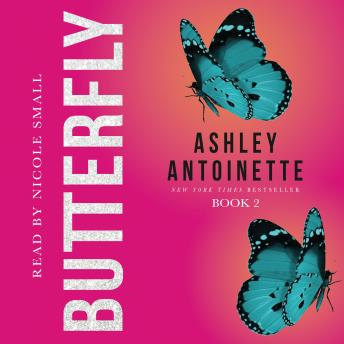 “One of the biggest names in Urban-fiction, Ashley Antoinette, is back … An intense start to this new series with characters that are real and genuine. It’s a story about love, trying to put the past behind and moving on with your life” - Red Carpet Crash on Butterfly

Morgan Atkins is used to losing, but losing Messiah Williams was the most tragic of them all. Surely, after Messiah, no other man could compare. Settling with Sebastian Fredrick didn't seem like such an impossible task. He treated her well enough, he accepted her children, and he offered her entrance into a well-connected world. There was only one problem: he wanted to change her into someone else. The rules that went along with his lifestyle suffocated her and when Morgan reconnected with Messiah's crew, she no longer wanted to play by Bash’s rules. When she falls in love with Messiah's best friend, Ahmeek Harris, she knows she's headed for trouble. His presence heals her in a way that no man has ever been able to do before. Their love affair is electric. Morgan is uncertain about many thing but one thing she's sure of is that she can't let this feeling go. She goes out on a limb and risks it all just to be with Meek, but when Messiah reveals that he's still alive, the battle for one girl's heart just may lead to the demise of them all.

She can only be queen to one man. Which one has the true key to her heart? Can Messiah make up for his mistakes or is it too late to save what they once had? Is Ahmeek a rebound or does he offer her something more? Does Bash even stand a chance? This second installment of the Butterfly series will leave you breathless.