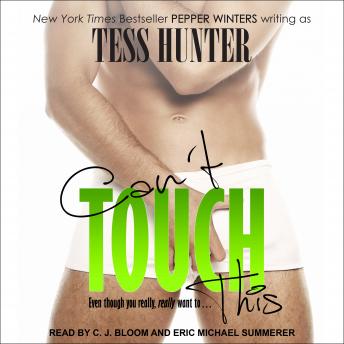 I don't want to touch it. I really, really don't. He's egotistical, crass, and my patient's owner-which makes him totally off limits. Yep, that's right. He owns the wiener dog I'm currently working on. I've also worked on his Spoodle, his Cocker-shitzu, and a Cheagle-don't ask. It doesn't help that he also represents most of my joint-owned veterinary practice's small clientele. We'd only just opened the doors a few months ago, and in he strode with a yelping Taco Terrier. One haughty look at our sparkling new facilities, he'd demanded royal treatment, even though I was currently finger deep up a squalling tom cat.

Ever since then, he expects me to serve him. Any time. All the time. Him and his revolving zoo of dogs. One of these days, I'm going to swat him for being so pompous but I can't deny the way he handles his charges makes me want to see past the 'do as I say and don't ask questions'barking exterior. But then last week . . . he caught me staring. His bossy commands switched to a cocky smirk. He gave me permission to do something I promised myself I would never ever do . . . if I want to . . .

the book is really cute and very

This title is due for release on February 14, 2017
We'll send you an email as soon as it is available!