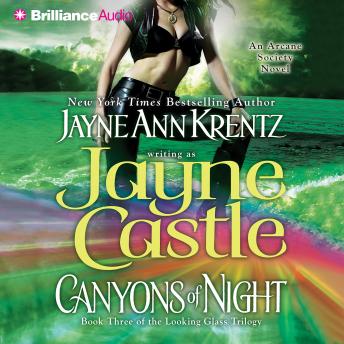 Growing up on Rainshadow, Charlotte Enright knew better than to ever go into the Preserve, until that one fateful night with Slade Attridge — a night neither of them would forget.

Now, fifteen years later, both have returned to the island: Charlotte to take over her late aunt’s antiques shop and Slade to fill the police chief’s position. Able to read auras, Charlotte senses something amiss in Slade, but that doesn’t stop her from wanting him — again.

That is, as long as his dust bunny “deputy” keeps his paws off her merchandise. Hiding a psi injury, Slade is afraid of his powerful desire for Charlotte. But a series of increasingly violent crimes draws them closer together — and into the darkness at the heart of the Preserve...