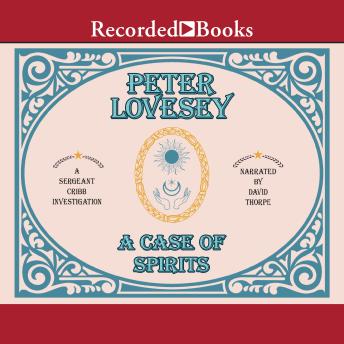 A Case of Spirits

The spiritualist movement has captivated a segment of society: manifestations, the occult, and "sensitives" are in vogue. But the séance sites seem to be targeted for burglaries. Then, while Cribb is on the case, someone murders the medium. There was a great vogue for table-turning and getting in touch with the dead in Victorian times and this lent itself to fraud, at the very least. It seemed inevitable that Cribb and Thackeray should take part in a séance at some stage. They come to it indirectly, following an art theft. The owner, Dr Probert, has also been dabbling in the occult. When murder is done, the two detectives find themselves rubbing shoulder with some eccentric suspects, and a rather convincing medium.